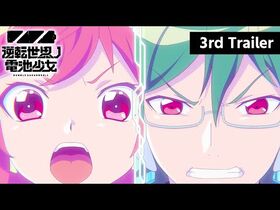 With just a week and half to go until ignition, original sci-fi anime RUMBLE GARANNDOLL has released its third promo video, and it’s looking even more out of this world!

The new promo video gives us a further look at all the colorful characters and mecha the series has to offer, as well as a preview of the opening theme, “Fever Dreamer” by girl group Mia REGINA (APPARE-RANMAN!). 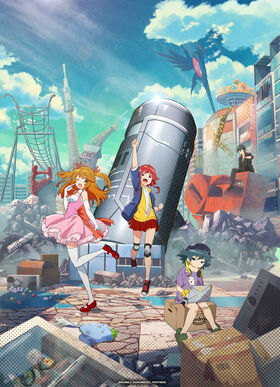 The original anime series stars voice actors Shiori Izawa (Cannon Busters, Dragon Goes House-Hunting) as Misa Kuroki, Aina Suzuki (Love Live! Sunshine!!, Don’t Toy with Me, Miss Nagatoro) as Yuki Aoba, Ai Fairouz (How Heavy Are the Dumbbells You Lift?, If My Favorite Pop Idol Made It to the Budokan, I Would Die) as Rin Akagi and Seiichiro Yamashita (APPARE-RANMAN!, Horimiya) as Hosomichi Kudo.

Community content is available under CC-BY-SA unless otherwise noted.
Advertisement